Elvis Presley’s legacy extends far beyond his music – he was also a key figure in the evolution of men’s fashion, says Zoey Goto, author of new book Elvis Style: From Zoot Suits to Jumpsuits 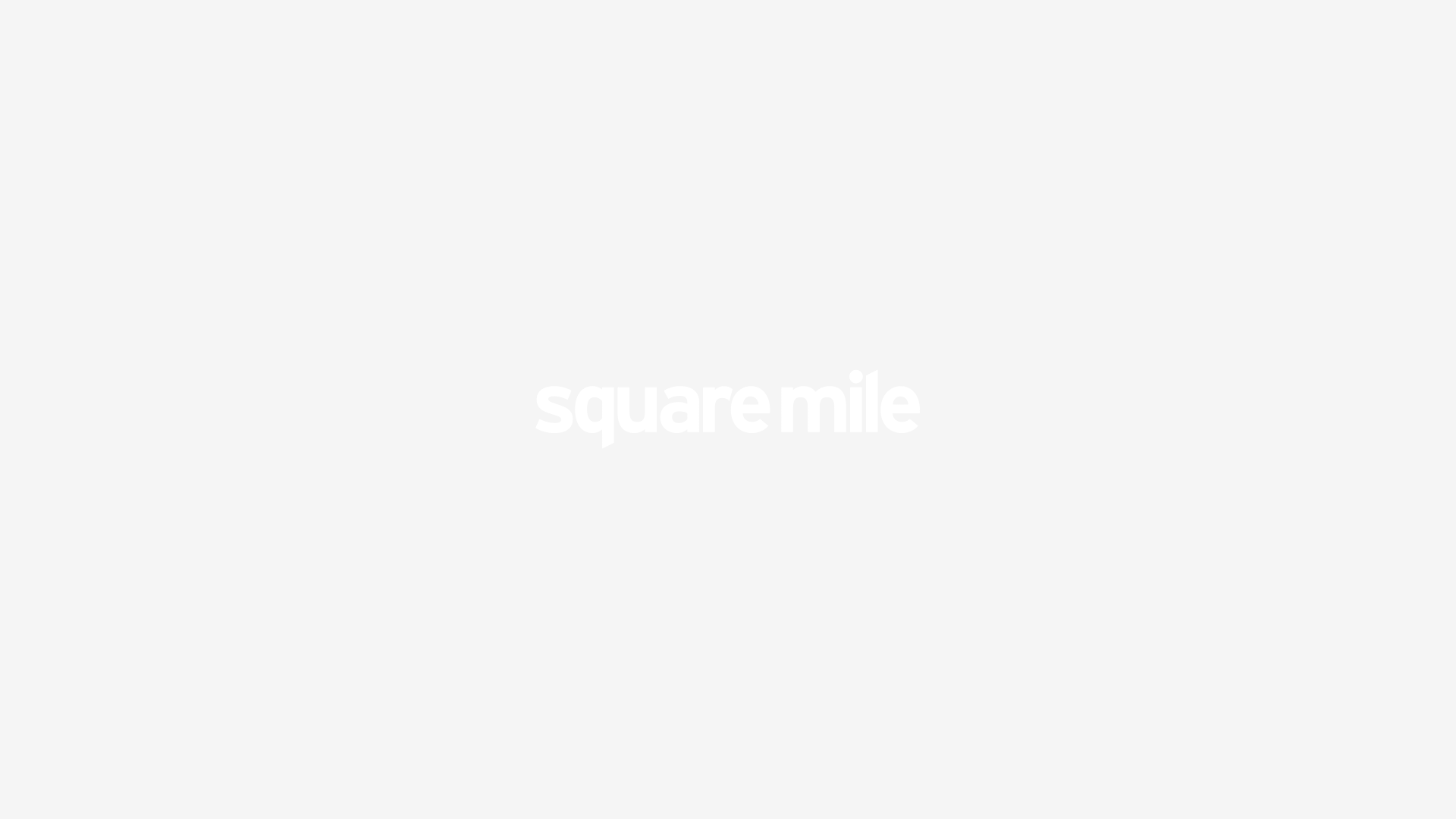 Think of Elvis Presley’s style and all too often an image of the jump-suited, caped-crusader of Las Vegas springs to mind. Yet cast your mind a little further back and another Elvis emerges – a fashion forerunner who single-handedly changed the menswear landscape and still continues to hold sway over contemporary menswear. Here are the style lessons that the ‘king of rock and roll’ bestowed upon the fashion world.

Show Loyalty to your Tailor

Elvis only worked with a handful of tailors and costume designers throughout his life. One of the chosen few was Lansky Brothers in Memphis, who put Elvis in his first and his last suit. In return for Elvis’s life-long commitment, the Lansky Brothers team were particularly accommodating; opening up their store for midnight shopping sprees or taking the stock along to Graceland so that Elvis could shop from the comfort of his own home. Once Elvis had taken a shine to a designer, they would often be tasked with providing both Elvis’s stage-wear and personal wardrobe. In the 1960s, Hollywood’s ‘tailor to the stars’ Sy Devore designed both Elvis’s movie costumes and his leisure-wear. This became such a lucrative deal for Devore that the charismatic tailor kept Presley’s suit patterns hidden away in a security box. In the 1970s Elvis had his costume designer, Bill Belew, not only create his stage and domestic wear, but also tour with Elvis so that he could judge the audience's’ response to his designs. While Elvis may have asked a lot from his fashion advisers, they were always repaid with his longstanding custom.

The Enduring Appeal of the 1950s

Elvis’s early rockabilly style has become his most popular and abiding legacy, perhaps even beyond his music. Presley’s preppy chunky knits, flipped-up collars and loose pleated slacks offer an accessible style blueprint that can easily cross generations. In recent years, fashion houses such as Moschino, Saint Laurent and Marc Jacobs have all used early Elvis as their muse, sending models down the runways in pastel tailoring and tuxedo pants, with gravity-defying quiffs. “Elvis is one of a handful of icons of mid-century Americana and you can still see his legacy everywhere,” says Alex Bilmes, editor of Esquire magazine. “Elvis’s legacy can be seen in the enduring appeal of jeans and jackets: that indefinable but instantly recognisable point where preppy meets rocker meets workwear meets tailoring.”

Don’t Shy Away from Colour

“Elvis defied the traditional dress standards of the time and pushed boundaries, mixing stripes with patterns and wearing bright colours,” says Hal Lansky of Lansky Bros. “We like to take credit for putting Elvis in the black and pink colour combination. Back then ‘real men’ wouldn’t wear pastel pink. Of course, Elvis being Elvis, he took it one step further by also buying a pink Cadillac!” he laughs.

It has been acknowledged that Elvis’s early recordings broke new ground by bringing together country and rhythm and blues. In many ways his clothing from that era also mirrored that montage, marrying embroidered cowboy shirts and western neckties with the zoot suits and two-tone correspondent shoes favoured by the local blues musicians. Rather than looking as if he was in fancy dress, Elvis skilfully managed to take these different elements and bring them together to create a style that was distinctively all-Elvis. He was essentially using cultural appropriation in its more subtle and relevant form, decades before the term became disparagingly associated with contemporary pop stars.

The Appeal of the Outsider

Elvis’s hair and clothing were central to his recalcitrant image. Joe Casely-Hayford OBE, the influential fashion designer famed for bringing a healthy dose of British anarchy to Savile Row, states that “within the context of 20th-century popular culture, Elvis was at the forefront in defining a new anti-establishment visual language. Like many other great rock legends, aside from good looks he knew about the appeal of being an outsider. His early style was the embodiment of subculture cool.” Casely-Hayford feels that Elvis’s rebellious image in the 1950s continues to resonate, although his influence is more visible on the streets than in the luxury fashion sector. “Even today, a distilled version of his look has filtered down into the wardrobes of many self-respecting teenage rebels. I’d say Elvis’s legacy to street style is even greater than his influence on fashion. The ‘Elvis style’ remains a potent, relevant signifier for some subcultural groups.”

Elvis was a master of reinvention, who used each new decade to herald in a dramatic change of style. Presley shape-shifted from the archetypal rockabilly rebel into a suave Hollywood leading man, before entering the 1970s as a flamboyant Vegas peacock. The one thing that Elvis really understood, which so many stars have since overlooked, is that to staunchly stick with the same image risks slipping into parody. It’s far better to shed the skin of the previous era, facing the future gallantly with a sensational new style.

When Elvis started appearing on the big screen, he urgently needed a more sophisticated style to reflect his new leading-man persona. He found it at Sy Devore’s store on Sunset Boulevard, which was a mecca for the tuxedo-clad Rat Pack. Devore was a champion of the ‘continental look’, with a lean silhouette, a shorter jacket and slim lapels, teamed with skinny ties and narrow, cuff-less trousers. It was a sartorial style that the slimline Elvis of the 1960s carried off with panache. By slipping on a sharp suit, Presley was transformed from a hip-swivelling, baggy-trousered hell-raiser into a beacon of respectable maturity overnight. By the 1970s, Elvis was taking his fine tailoring to extremes, introducing the high, Napoleon-inspired collar, which later became a signature of his jumpsuits and was employed to frame his face. Deborah Nadoolman Landis, the regarded designer who created Michael Jackson’s iconic Thriller costume, feels that Elvis’s style bequest was showing men how to power dress: “Elvis’s high collar was incredibly powerful and his stage-wear was almost a military look. This is what he’s remembered for,” she states.

Dress for the occasion (even at home)

Elvis didn’t really do casual, even when he was relaxing in the privacy of his Graceland mansion. Instead, he maintained a regal aura with silk smoking jackets, embroidered floor-length kaftans and jackets that incorporated capelets, in a nod to his theatrical stage-wear. Elvis often asked that his entourage wear black tie for meal times around the Presley table, and his wife, Priscilla, was sent back upstairs to reapply her make-up if it wasn’t suitably dramatic. While this might have become a little exhausting for those around him, there was a theatrical element to the way Presley lived his life that was admirable: from his very public shopping sprees, to his groomed hair and ostentatious leisurewear – Elvis remains the ultimate showman.

Elvis Style: From Zoot Suits to Jumpsuits by Zoey Goto is out now, published by Redshank Books.